Hold. But an increase in downside risk.

CAMA's Shadow Board, which gives its views ahead of the decision by the Reserve Bank of Australia, continues to support the current setting of the cash rate at 3.5 percent. The Shadow Board is made up of influential economists from the private sector and academia. They were asked to rank their preferred outcomes for the cash rate.

Keeping the interest rate unchanged at 3.5 percent received around 65 percent weight, considerably above the next most popular setting, a decrease to 3.25 percent, with nearly 20 percent weight.

The Shadow Board assesses a shift towards downside risk in the last month. Support for a decrease in the cash rate (of 25 basis points or more) received a weight of approximately 25 percent. in contrast, the support for an increase (of 25 basis points or more) is less than 10 percent. in August, the corresponding figures suggested both more upside risk and less downside risk.

In the longer term, at the 12-month horizon, CAMA's Shadow Board sees more uncertainty, with a greater range of interest rate settings envisaged than for the current month, with upside risks balanced by downside risks. 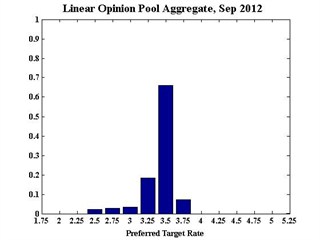 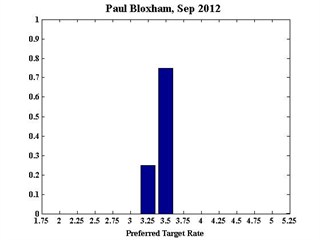 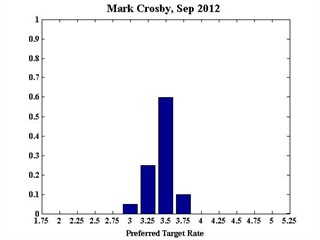 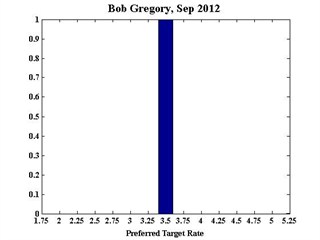 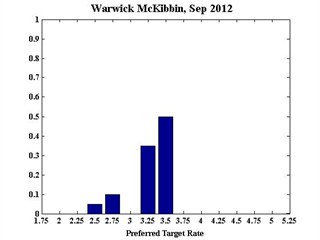 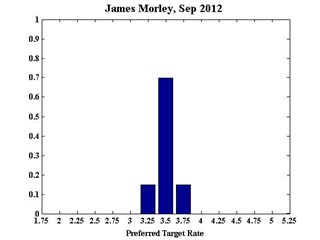 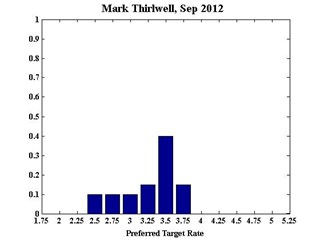