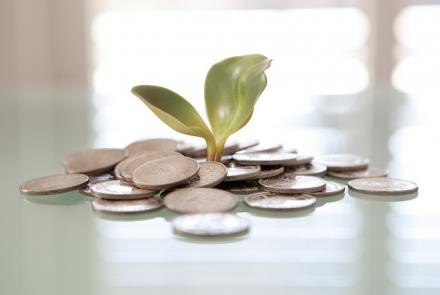 Professor Warwick McKibbin is an ANU Public Policy Fellow at Crawford School. Professor McKibbin was a member of the Board of the Reserve Bank of Australia from 2001- 2011. He teaches Modelling the World Economy: techniques and policy implications (IDEC8127).

Many policymakers and economists believe in the centrality of inflation targeting as the basis for monetary policy.

Inflation targeting was first implemented by the Reserve Bank of New Zealand in 1988 and has become a widespread guiding principle for many central banks. This is about to change. There are two main reasons. One is related to some key flaws in inflation targeting in a world driven by productivity or supply shocks and the other relates to the problem of having a large number of countries with excessive levels of government debt.

Inflation targeting was seen as a core guiding principle for central bankers because it gave central banks a clear goal for policy – a goal which the central bank could control in the medium term and which could be measured and forecast in the time frame relevant for monetary policy.

Achieving the inflation target was important for maintaining the credibility of monetary policy and anchoring expectations about policy. This was an important driver of growth during the last two decades. Having an independent central bank with a clear mandate and quantifiable target diminished the problem of using monetary policy for political purposes that so many governments had done over many decades.

In Australia, inflation targeting was important in tying the hands of government and during the recent commodity boom since 2000 contributed to a much better outcome than in previous boom bust cycles. The relative mis-handling of fiscal policy over the same period demonstrates that the outcome for the Australian economy would have been much worse if politicians also had control of monetary policy in additional to fiscal policy.

The key benefit of inflation targeting as a concept, was not inflation per se, but having a measurable target that the central bank could aim for and could influence. One of the strengths of inflation targeting is in the face of a demand shock. With demand rising faster than supply such as occurred in Australia from 2002, raising interest rates to dampen inflation would also reduce the extent of excess demand in the economy. This response of monetary policy would work to both reduce output volatility as well as inflation volatility over the cycle.

In the face of supply shocks this policy does not work well and can accentuate output volatility. Take the example of a fall in productivity growth (a negative supply shock). Falling productivity would cause both a rise in input costs and a fall in output. An inflation targeting central bank would tighten monetary policy as input costs rose but in doing so would reduce real GDP in the economy. Thus monetary policy would lead to a worse outcome for the real economy than caused by the shock alone. In joint work with Dale Henderson in the early 1990s we showed that an inflation targeting central bank also accentuates output losses as risk increases in an economy.

This is important in several ways. It has always been a problem for emerging economies which face more extreme supply shocks (weather events, political instability and so on) than demand shocks (excessively exuberant consumers). The mantra that central banks in emerging countries should follow inflation targeting has caused problems for the real economy in many cases. The benefits of credibility in policy was offset by real output losses from overly tight policy. But it is even more relevant today for advanced economies because of the current problems in these economies of falling productivity and rising risk. Inflation targeting is not the best framework for central banks in these circumstances.

This problem can be addressed if the focus of the target is shifted from inflation targeting to nominal GDP targeting. Nominal GDP growth is the sum of inflation and real GDP growth. To understand why nominal GDP targets works well, consider the case of a fall in productivity (equivalent to a rise in input costs). An inflation targeting central bank would tighten policy in response to rising inflation. A central bank following a nominal GDP target would combine the rise in inflation with the fall in real GDP and not tighten policy or may even loosen policy if the expected fall in real GDP is larger than the expected rise in inflation. The outcome for the real economy would be better but expectations from having a clear policy rule would not be undermined.

Secondly, policy will need to adjust is because of the prevalence of countries in the global economy with high ratios of nominal debt to nominal GDP. While fiscal policies will ultimately need to tighten to bring down the level of debt in many countries, it is also important that the rate of nominal GDP growth is maintained. Falling debt levels combined with falling nominal GDP growth means that the ratio of nominal debt to GDP may rise, even as countries attempt to get their fiscal deficits under control. This is a recipe for bad economic outcomes, as southern European governments are discovering.

On the face of current realities, it is clear that central banks in many countries need to shift their focus away from inflation targeting or exchange rate targeting to nominal GDP targeting. The sooner this happens the better for the world economy. The management of monetary policy in the next five years will likely be very different to current conventional wisdom.

This piece was published in the Australian Financial Review.