Rates to Stay Historically Low for Much Longer

The coronavirus is now well contained in Australia, Victoria has lifted many of if its restrictions, and most state borders have opened. Unless there is another outbreak that prompts strong action, Australia should be able to reap the economic benefits of this normalisation. The inflation rate (0.7% year-on-year based on the latest ABS CPI estimate for the September quarter) remains far below the RBA’s official target band of 2-3%. The RBA Shadow Board’s conviction that the cash rate should remain at the historically low rate of 0.1% is very strong. The Board attaches an 87% probability that this is the appropriate interest rate setting, while it attaches a 13% probability that a rate hike is appropriate and a 0% probability that a rate cut to below 0.1% is appropriate.

The official ABS unemployment rate ticked up to 7% in October, less than widely expected. The unemployment rate rose, in spite of a welcome total employment change of nearly 180,000, because of a significant increase in the labour force participation rate, from 64.9% to 65.8%. Unfortunately, the youth unemployment rate increased considerably more, to 15.6%. The opening of the economies in all states and territories should create additional employment. On the other hand, as Jobkeeper assistance is wound down, a rising number of firms will find it unviable to hold onto workers. The net effect on unemployment and other labour market statistics will depend on how quickly the economy can rebound.

In spite of Covid-19 numbers setting new records in the US, Europe, and parts of Asia, optimism about the global economy appears to be rising. This comes on the back of the outcome of the US election, which delivered a victory to Joe Biden, and the good news about the efficacy and nearing availability of several Covid-19 vaccines. Whether, and how, political and economic tensions between the US and China are resolved, will depend on the course the new Biden administration takes. Little progress is likely to be made before then.

Consumer confidence continued to strengthen: the Melbourne Institute and Westpac Bank Consumer Sentiment Index rose from 105 in October to 108 in November, the highest reading in more than six years. Retail sales increased in October by 2.3% month-on-month and it is widely expected, after the recent success in containing the coronavirus, that Christmas spending will be strong.

Business indicators are also on the up. NAB’s index of business confidence continued to improve, rising from -4 in September to 5 in October. The manufacturing and services PMIs improved dramatically in the same period, the former from 46.7 to 56.3 and the latter from 36.2 to 51.4. Capacity utilisation also rose, from 76.89% in September to 77.93% in October.

The housing market, too, is proving resilient. The AI Group/HIA Australian Performance of Construction Index climbed yet again, from 45.2 points in September to 52.7 in October, the highest in two years. New home sales were virtually flat relative to the previous month. The value of new loans granted for owner-occupied homes jumped 6% from the previous month; it now stands at $17.26 billion in September (latest figure), the highest it has ever been.

Starting with the October round, Shadow Board members were given the option to attach probabilities to interest rates in increments of 5 basis points, instead of 25. This generates significantly more granular distributions. In November the Reserve Bank of Australia reduced the official cash rate target to the unprecedented level of 0.1%. The Shadow Board now overwhelmingly recommends keeping the overnight rate on hold at this level. In particular, the Shadow Board attaches an 87% probability that the overnight interest rate should remain at 0.1%. It attaches a 0% probability that a further rate cut to below 0.1% is appropriate and a 13% probability that a rate higher than 0.1% is appropriate. 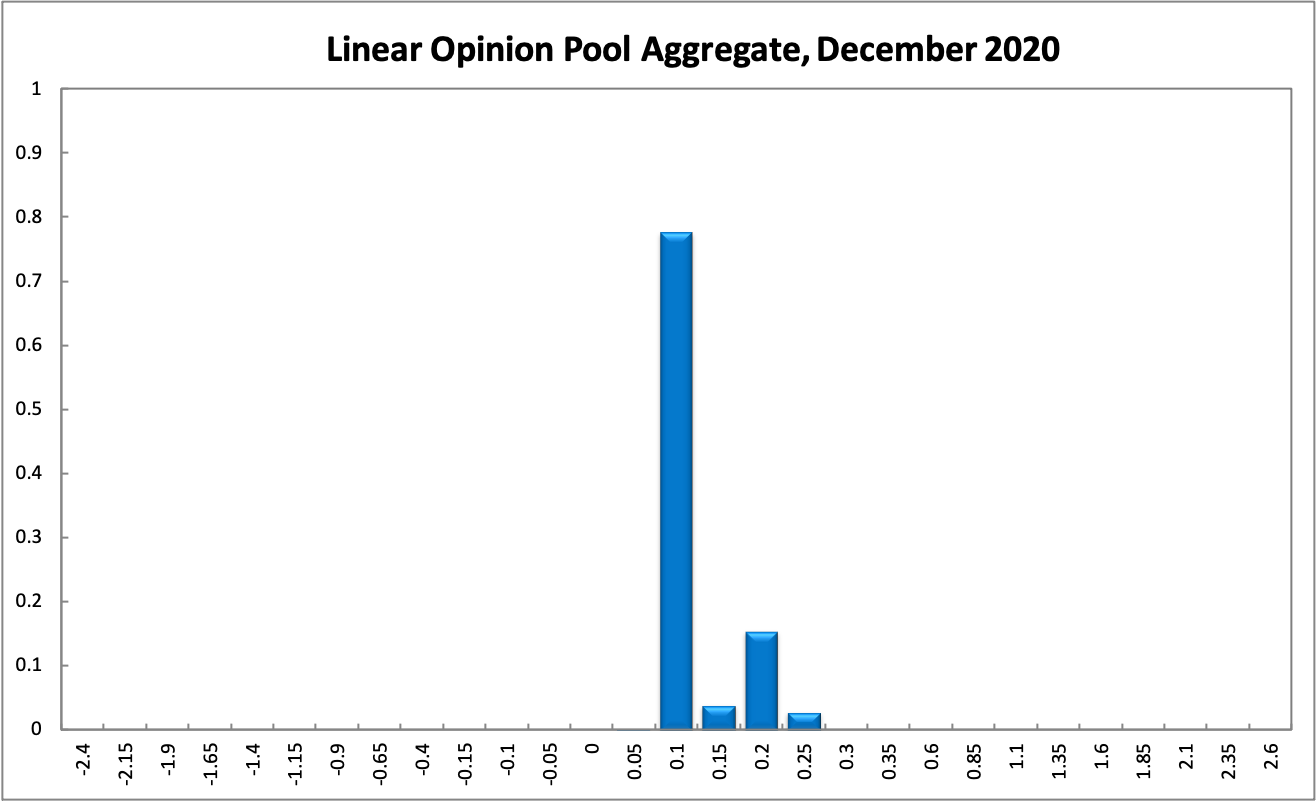 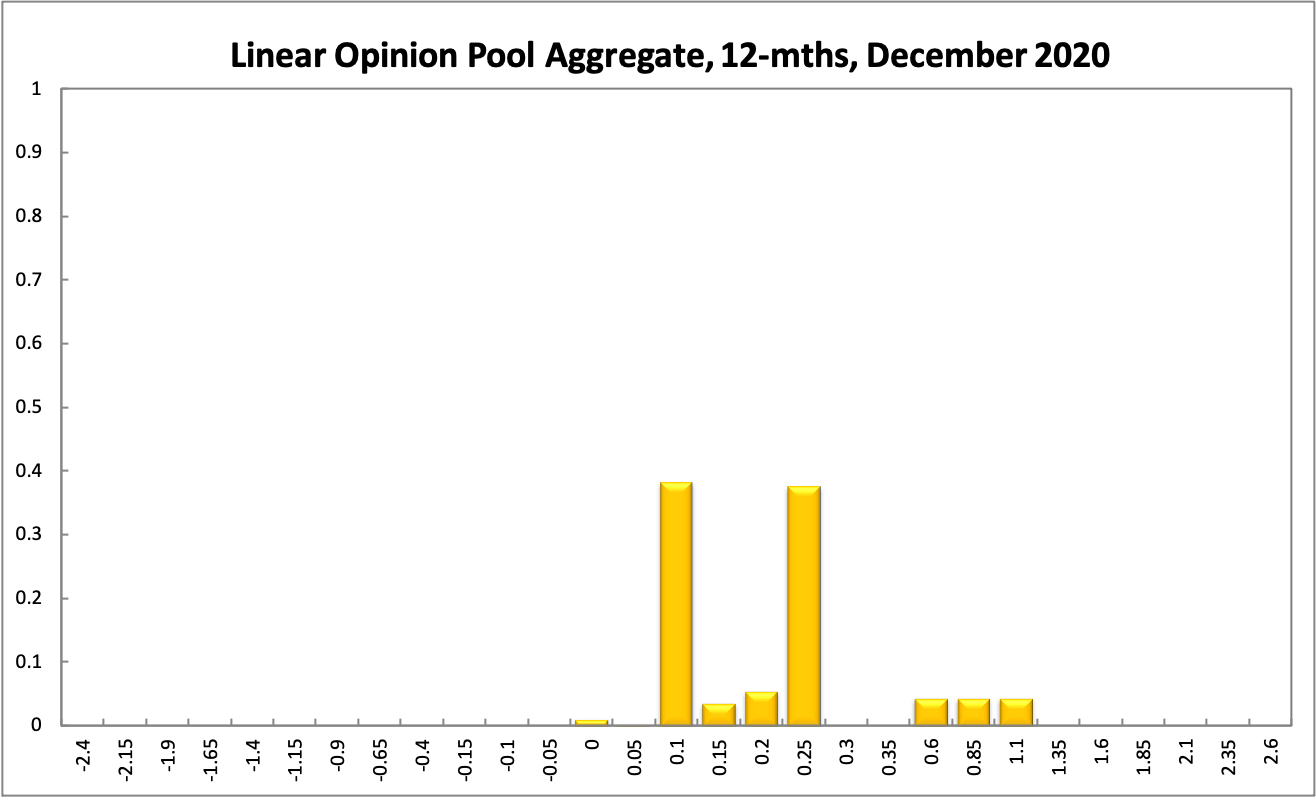 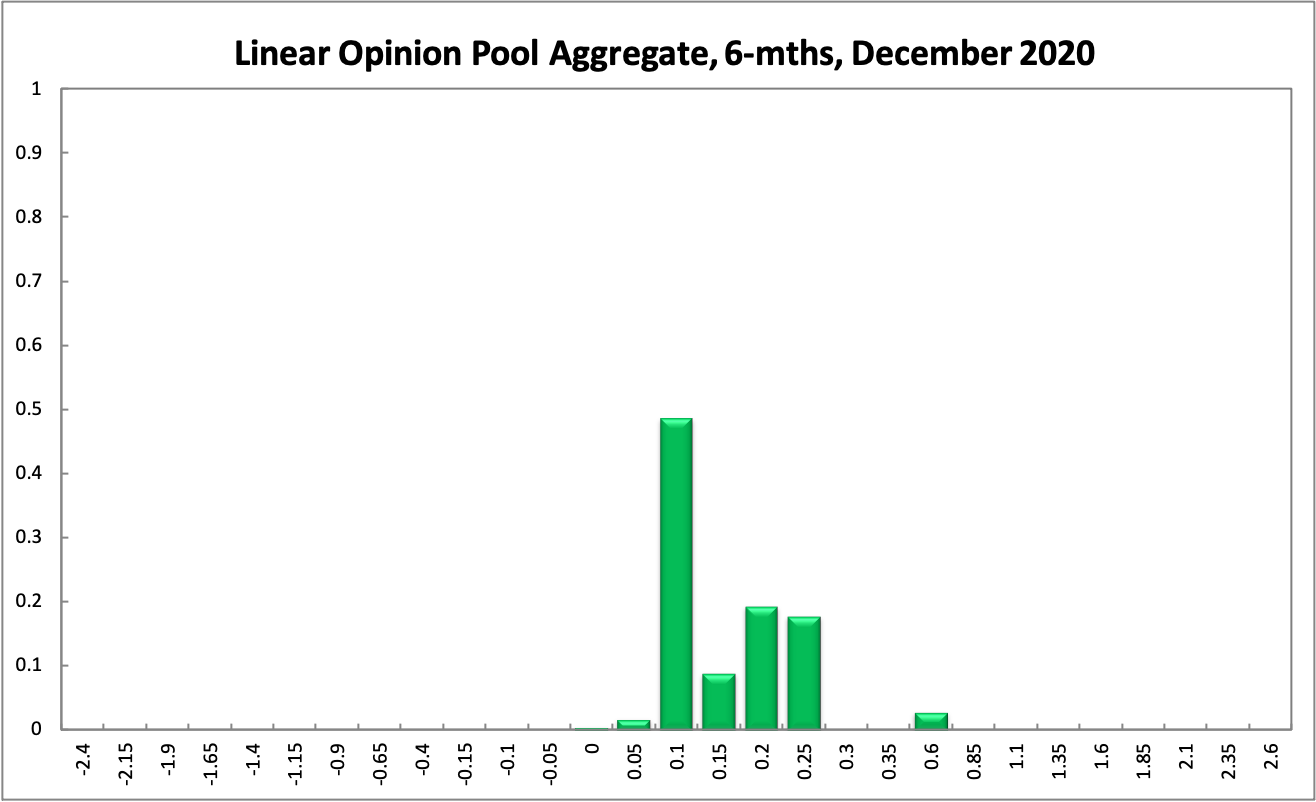 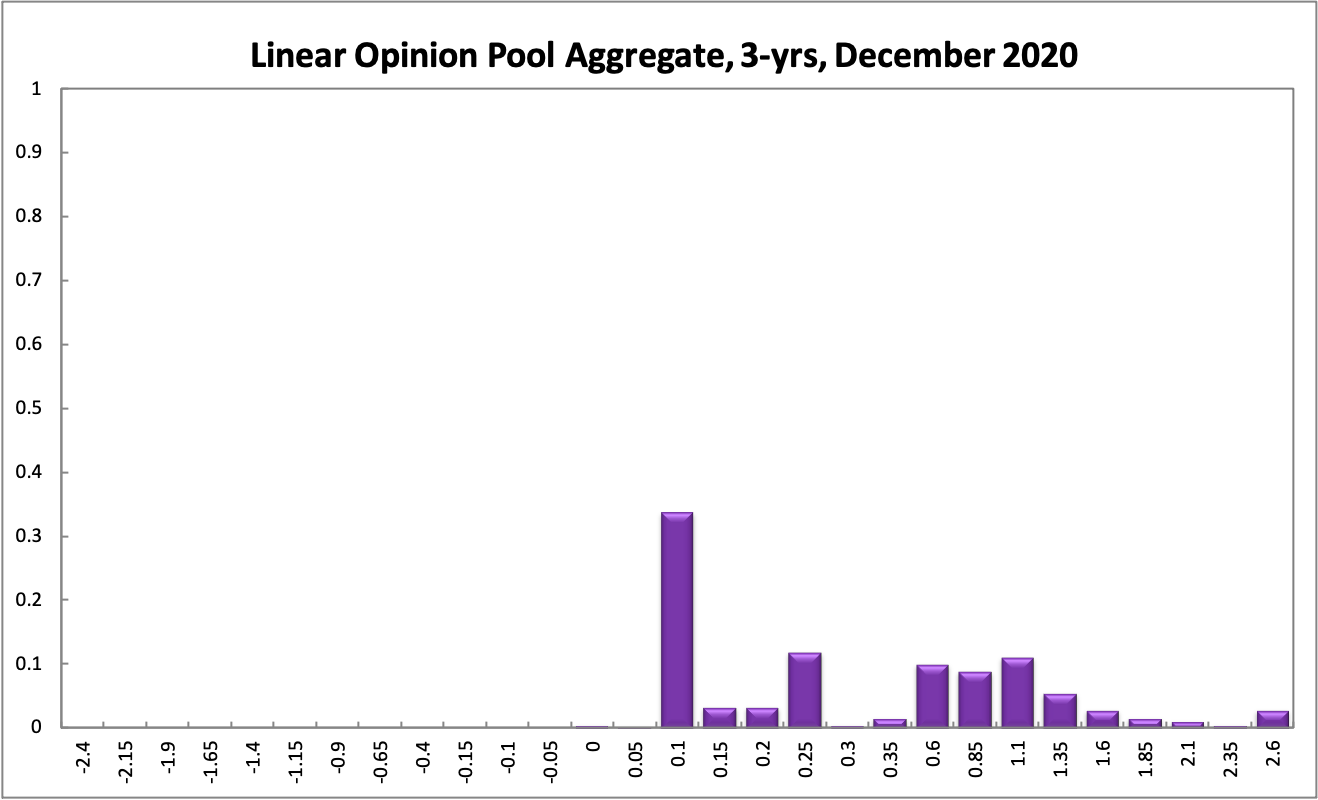