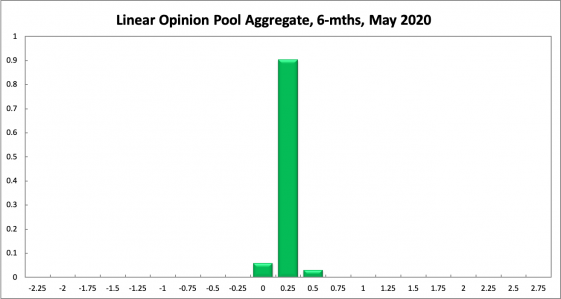 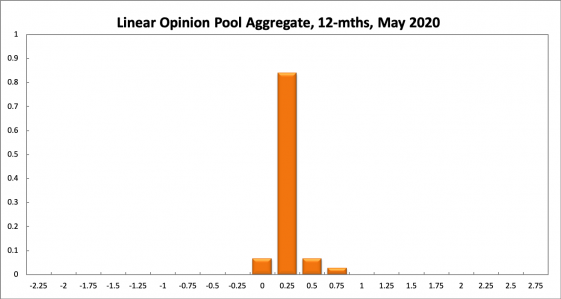 COVID-19 Pandemic: Cash Rate Needs to Stay at Historic Low for Much Longer

Uncertainty about the Australian economy remains very high in the wake of the COVID-19 pandemic and its economic fallout. That said, by international comparisons Australia has done exceptionally well, recording a remarkably low number of infections and casualties. Unsurprisingly, early indications are that the unemployment rate will significantly rise, possibly even double, but this is not yet reflected in the official ABS statistics. Inflation for the March quarter rose to 2.2% (annualized), on the back of the summer bushfires and supply constraints suffered during the onset of COVID-19. This is the first quarter in nearly two years that the inflation rate lies within the RBA’s official target band of 2-3%. However, the dramatic decline in aggregate demand, despite the adverse supply side shock, is widely believed to lead to disinflation, and possible even deflation, in the June quarter. Given the overall weakness in the domestic and international economies, as well as the significant uncertainty surrounding the near-term future, the RBA Shadow Board’s conviction that the cash rate should remain at the historically low rate of 0.25% remains very strong, at 94%, while the confidence in a required rate cut to the lower bound of 0% equals 6% and the confidence in a required rate hike equals 0%.

The COVID-19 pandemic and the associated policy response make reliance on standard economic indicators, which are severely lagging, even more problematic than usual. This applies particularly to fiscal policy, which is tasked with ameliorating the adverse economic effects to households and businesses from the epidemiologically motivated policy responses. With overnight interest rates virtually at the zero lower bound, monetary policy needs to pull other arrows out if its quiver. One of these is to control the yield curve by pushing the 3-year government bond rate down to the same level (0.25 per cent) as the overnight rate for the foreseeable future. Another is the $90 billion three-year funding facility to help banks continue to lend to business. For the RBA much of its attention must be directed to the time after the immediate crisis, to the many months, or years, in which the economy is recovering from the likely recession. To this effect, current policy settings are not enough; the RBA needs to engage in forward guidance, laying out in some detail future policy, including the path of interest rates, as a function of the state of the economy. This helps anchor inflation expectations, reduces uncertainty for the private sector and increases transparency and credibility, thus lowering the risk of a premature costly monetary tightening. The RBA is sending the right signals, for example by stating that it will maintain the low rate of 0.25 per cent until “progress is being made towards full employment and it is confident that inflation will be sustainably within the 2-3 per cent target band” (statement by Philip Lowe, Governor of the RBA, on 7 April 2020). However, it could communicate in more detail, with a promise to commit, a path for future policy. The ANU Shadow Board’s practice of giving probabilistic 6-month and 12-month ahead policy recommendations can assist in this.

After the rout in March, financial markets have recovered somewhat and volatility has also fallen. The Aussie dollar now trades around 65 US¢. Yields on Australian 10-year government bonds remain below 1%, around 0.90%. The yield curve in short-term maturities (2-year versus 1-year) remains flat. In higher-term maturities the yield curve is displaying the normal convexity. The stock market stabilised somewhat; the S&P/ASX 200 stock index now trades around 5,300.

Estimates of global economic growth vary widely. The International Monetary Fund is projecting that the global economy will contract by 3% in 2020, much worse than during the 2008-9 global financial crisis. Growth estimates have large confidence bands; this not only reflects uncertainty about how the economy responds but also whether the coronavirus can be contained and a second wave, which may well be more damaging than the first, prevented. As we argued in the previous month, the global recession may lead to numerous as yet underappreciated knock-on effects, ranging from sovereign default by developing countries whose (dollar-denominated) borrowing costs are soaring and who may suffer severe food supply shortages, to the long echo from the disruptions caused to trade patterns and labour migration.

The fiscal response to the pandemic, involving more than $200 billion in on-budget spending, is unprecedented. However, the vast majority of the funds have not yet been disbursed and amidst early proposals to relax restrictions of movement and a partial resumption of economic activity, the overall fiscal stimulus may turn out to be significantly smaller than budgeted. The big unknown is the degree of hysteresis characterising this economic downturn.

Unsurprisingly, consumer and producer confidence measures, which were mostly weak prior to the onset of COVID-19, have taken a battering: the Melbourne Institute and Westpac Bank Consumer Sentiment Index plunged 17.7% in April, the biggest monthly fall in the survey’s history. NAB’s business index of business confidence fell to a record low of -66 in March 2020, down -4 in February. The manufacturing and services sector performance indices, capacity utilisation rates and a host of other measures, nosedived, with the exception of retail sales in March, which recorded a historical increase of 8.2%, month-on-month, according to preliminary ABS estimates. Weakness in the housing market is showing up slowly in the data; a further softening of house prices, given the low turnover and clearance rates in the capital cities, and a further fall in rents is widely expected. 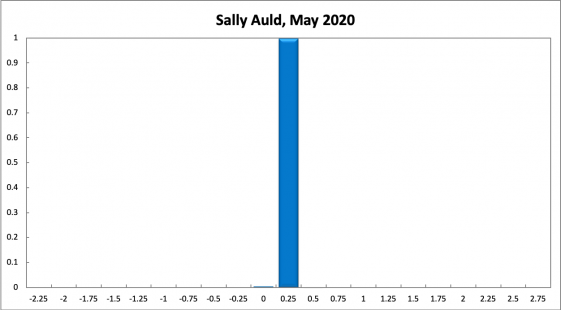 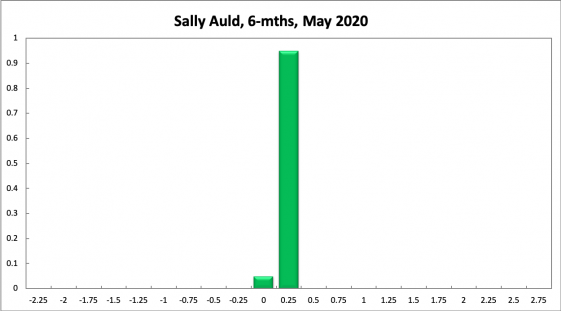 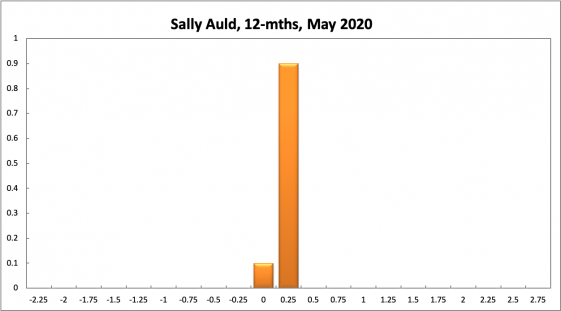 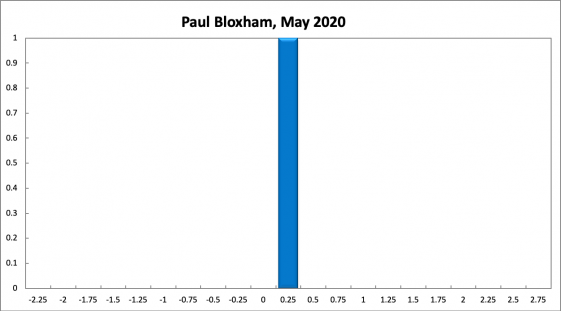 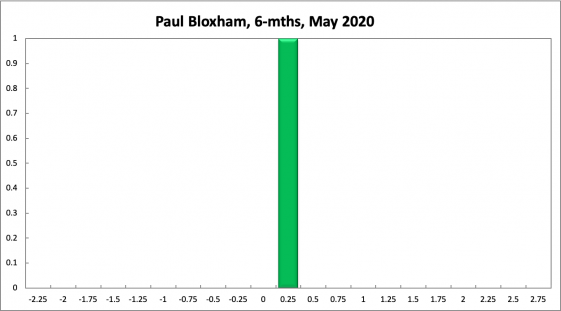 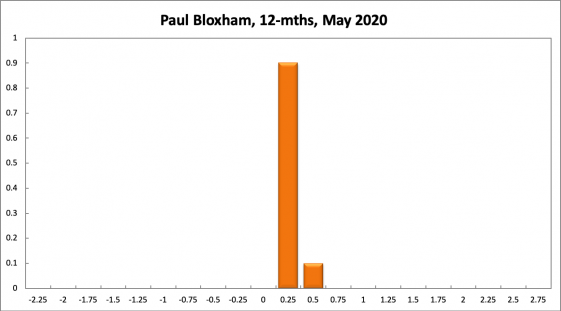 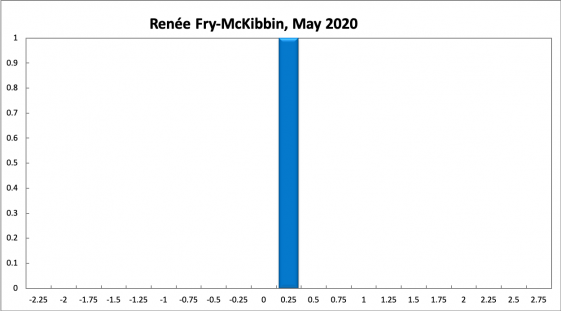 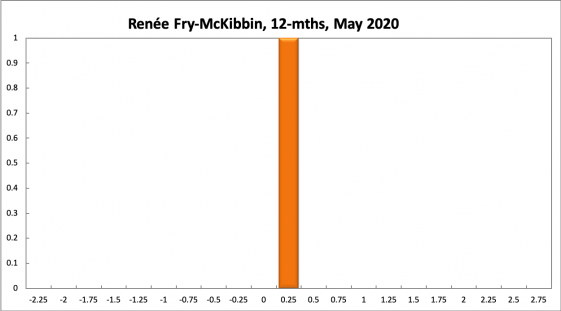 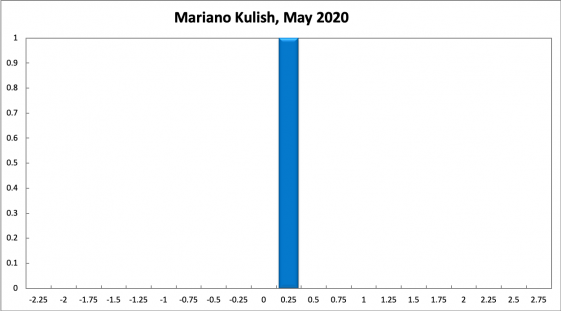 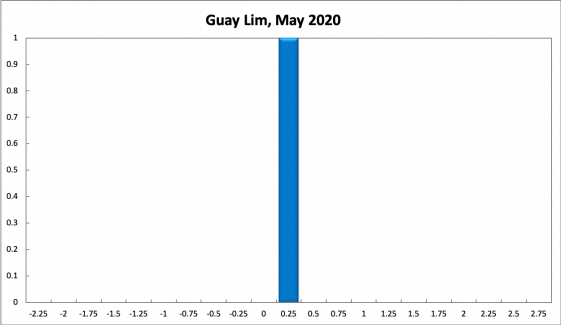 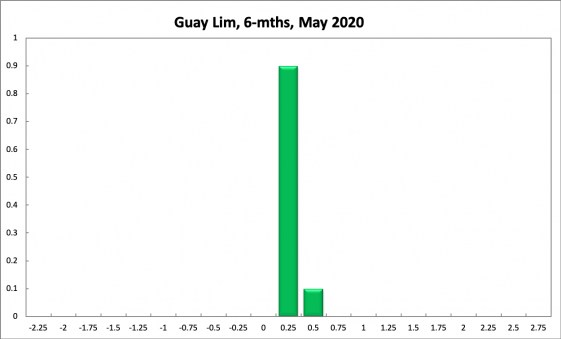 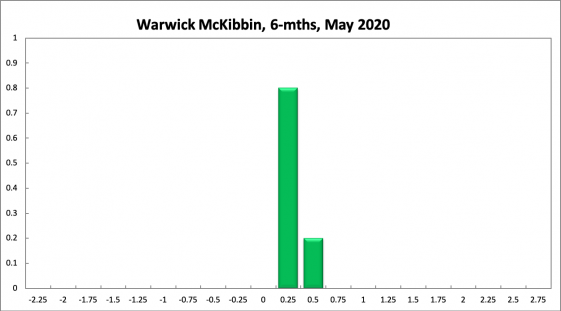 The RBA has signalled that it will keep the policy rate at its stated effective lower bound of 0.25 per cent until “progress is being made towards full employment and it is confident that inflation will be sustainably within the 2-3 per cent target band”. This forward guidance is shored up by the yield curve control measure to keep the 3-year government bond rate close to 0.25 per cent. At the same time, the RBA has forecasted that the COVID-19 crisis will lead to year-on-year deflation in the June quarter for the first time in decades. Given this, it would be helpful to provide more concrete commitments not to raise rates too soon just because the unemployment rate will eventually fall from high levels and to explain what would make the RBA confident that inflation will return sustainably to its target range. Linking not just maintaining the current policy rate, but also the continuation of yield curve control to various publicly-available measures of inflation expectations could help provide a clear indication of what it would take for the RBA to consider unwinding its current policies and make sure public expectations about when it will do so not run ahead of what the RBA actually intends.