Last month’s budget does not call for an immediate reassessment of the monetary policy stance. Domestic CPI inflation remains at 1.9%, below the Reserve Bank of Australia’s official target band of 2-3%; unemployment edged up to 5.6%. The RBA Shadow Board rules out any likelihood that a reduction in interest rates could be called for. Instead, it attaches a 51% probability that holding interest rates steady at 1.5% is the appropriate setting, while the confidence in a required rate hike equals 49%.

The seasonally adjusted unemployment rate in Australia, according to the latest ABS figures, stands at 5.6% in April. An additional 22,600 net people were employed, all of them full-time. At the same the participation rate edged up from 65.5% to 65.6%. New data about wages growth are not due to be released until later next month. Economists will watch this number closely as the continued stagnation of real wages hold back consumption growth and are responsible for the secular decline in the labour income share.

The Aussie dollar, relative to the US dollar, remains range-bound around 75 US¢. Yields on Australian 10-year government bonds have retreated slightly from their recent climb, standing now just below 2.7%. This decline, though only small, may result from the continually low wage growth and inflation remaining just below the official inflation target. The Australian stock market was not able to sustain the price increases posted mid-month; the S&P/ASX 200 stock index currently trades once again below 6000.

The expansionary effects of the May budget are largely back-ended, particularly the tax cuts; the immediate effect on aggregate demand is likely to be muted.

The risks facing the global economy are mostly of a political nature. A trade war between the US and its trading partners remains a real concern, as well as the geo-political conflicts in the Middle East and North Korea. These risks do not weigh significantly on global stock markets but this can change suddenly. Crude oil prices have settled firmly above US$70. The Federal Reserve Bank in the US is expected to continue its tightening cycle throughout the year, with another two interest rate increases likely on the cards, especially in light of the highly expansionary fiscal policy announced by the Trump administration.

Consumer confidence, as measured by the Westpac Melbourne Institute Consumer Sentiment Index, declined by 0.6% from the previous month to 101.8 in May. Month-on-month retail sales is unchanged. Business confidence, according to the NAB business confidence index, increased by 2 points to 10 in April, while both the manufacturing and services PMIs declined slightly. Capacity utilization is at a healthy 82.45%. The construction PMI also decreased, from 57.20 points in April to 55.37 points in March. Building permits, which is notoriously volatile, fell by 5% month-on-month in April.

The probabilities at longer horizons are as follows: 6 months out, the estimated probability that the cash rate should remain at 1.50% equals 22%, one percentage point up from May. The estimated need for an interest rate decrease is unchanged at 4%, while the probability attached to a required increase equals 73% (down from 76% in May). The numbers for the recommendations a year out have also barely changed. The Shadow Board members’ confidence that the cash rate should be held steady equals 14% (unchanged from May), while the confidence in a required cash rate decrease equals 3% (unchanged), and in a required cash rate increase 82% (84% in May). 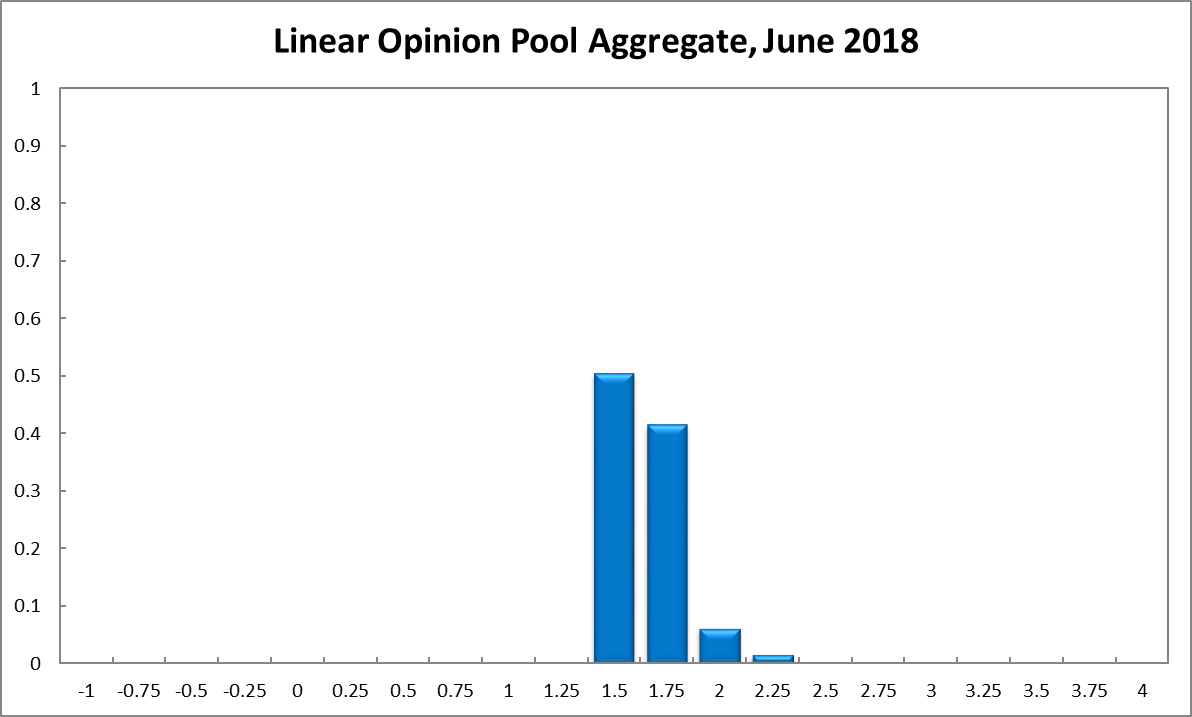 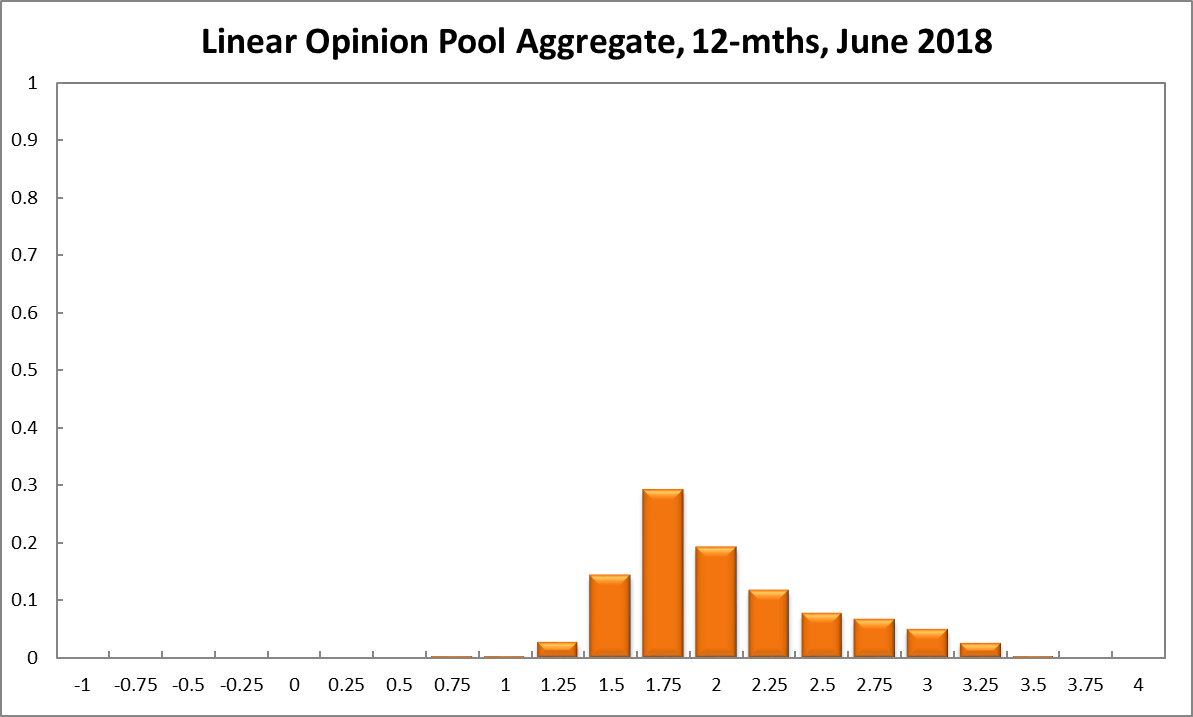 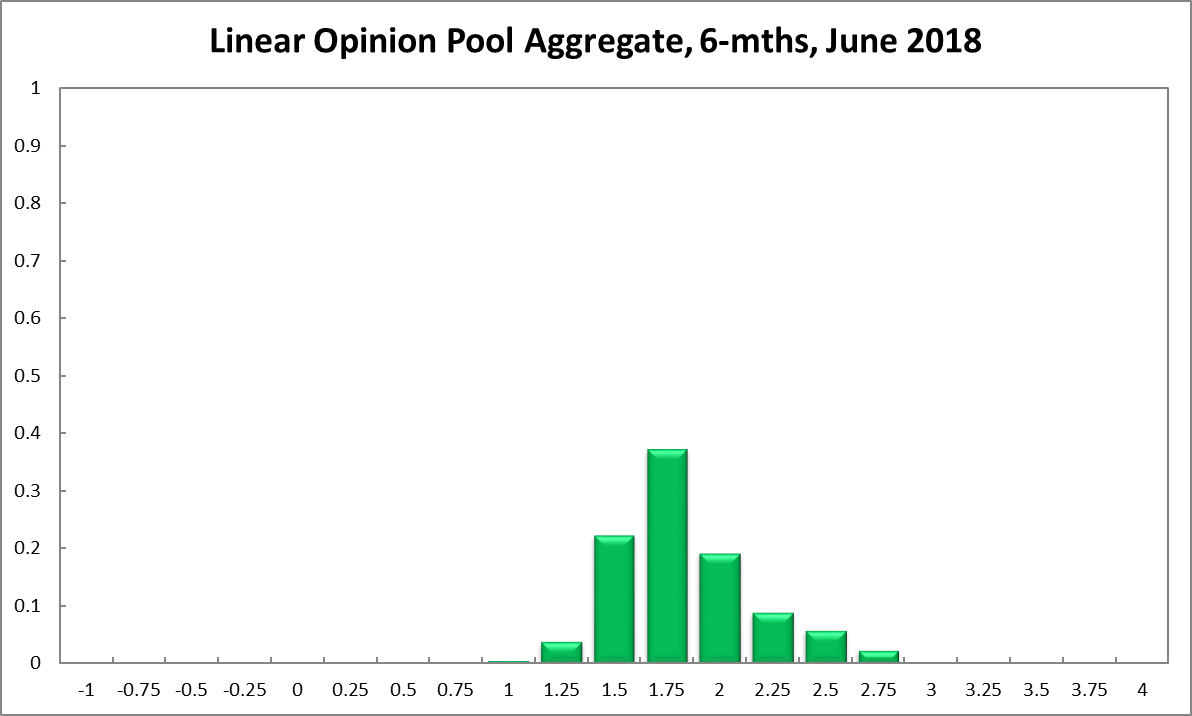