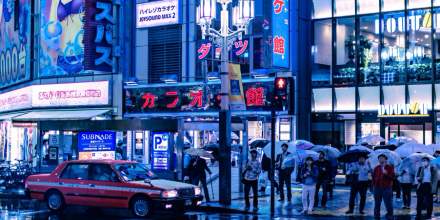 This panel will discuss the economic crisis from the coronavirus pandemic and the recovery strategy for Japan. How does COVID-19 change the economic outlook in Japan? Does a relatively high rate of corporate savings in major Japanese firms put them in a better position than their foreign rivals? Will Japan’s large government debt and limited capacity for fiscal expansion constrain the recovery process?

Toshitaka Sekine is a Professor in the Asian Public Policy Program at Hitotsubashi University. Prior to taking up the current position, he spent 33 years as an economist at the Bank of Japan, as well as at the BIS and the IMF. He was the Director-General of the Research and Statistics Department, equivalent to the “Chief Economist” of the Bank of Japan from 2015 until 2019. His research includes inflation dynamics, exchange-rate pass-through, corporate investment, and bank lending behaviour. He received a BA from the University of Tokyo and a DPhil from Oxford University.

Sagiri Kitao is a Professor of Economics at the University of Tokyo. Her main research focus is on macroeconomics, and her research covers topics such as income taxation, wealth distribution and inequality, demographic transitions, and social security reforms. She is the recipient of the Nakahara prize given to the Japanese economist under the age of 45, whose work has gained international recognition in 2016. Previously she worked as Assistant Professor at the University of Southern California’s Marshall School of Business and Senior Economist at the Research Department of the Federal Reserve Bank of New York. She received BA in political science from Waseda University, a Master’s degree in Public Administration in International Development from the John F. Kennedy School of Government at Harvard University, and a Ph.D. in economics from New York University.

This event is hosted by the Australia Japan Research Centre, ANU Japan Institute and the Centre for Applied Macroeconomic Analysis.